This new year will be an important one for the continent, with the elections of the European Parliament coming up and the economic crisis not yet resolved. 15 members of the Meeting Halfway team are sharing their hopes and expectations for Europe in 2014. 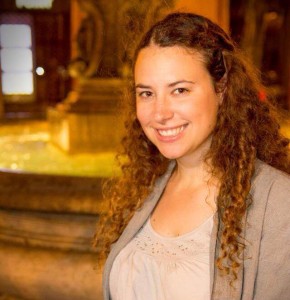 I hope that the European people will fall in love again with the idea of the European Union. Right now I feel like Europe and its citizens are an estranged couple, where curiosity and passion has been replaced by a feeling of disconnection that can damage relationships. This May we have to rediscover that very first moment when we really wanted to be part of the European journey. As John F. Kennedy once said: “When written in Chinese, the word ‘crisis’ is composed of two characters. One represents danger and the other represents opportunity.” I hope that the European Parliament and the national governments will be strong enough to face the current economic crisis and its challenges in order to create new opportunities, because we don’t deserve a place where youth unemployment is at an all-time high and with few chances to find a steady job, build a successful career and maybe fall in love without that feeling of uncertainty. 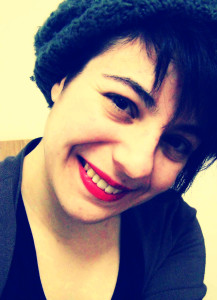 This year I hope equality will dominate, I want people to suddenly and unexpectedly understand that the skin color, social and ethnic origin, sexual orientation, education, religion – whatever – does not matter; that we are all humans, thirsty for love and freedom. I hope people will fight actively to stand up for their rights and take responsibility for their actions to improve the world around them. I would like everyone to smile more and think about what we should do on this lovely planet. I hope that we, as people, will start becoming politically and socially active and environmentally-friendly beings who love and accept each other. 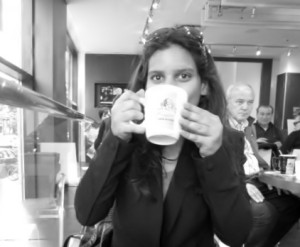 Although I have never lived in any European country for more than a month, I have been always fascinated by Europe. My grandma is French. She used to tell me stories about France and how it once was. I liked knowing more about the history of an amazing continent, and this has led me to my decision to study European Studies, hopefully next year. I am hoping that with the upcoming elections Europe becomes not only a place where everyone enjoys his or her freedom, but also a place where justice, employability and common understanding is found. I am hoping to see a different perspective of Europe! I am hoping to hear less about regionalism and racism. I would rather see everyone work together for a better Europe, creating innovative solutions.
In fact, I have many hopes for a bright future. Seeing how you all – the team members of Meeting Halfway – act and react shows me a better future, that a new vision for Europe: the union, the land of freedom and justice will rise!

My “European” wish is actually dedicated to my lovely homeland, Slovakia. I hope that this year my country will not only grow one year older but also wiser. I hope there will not be room for nationalism, extremism, racism and anything that is dividing our society, any more. I hope people in Slovakia will make that important decision to go vote in the upcoming elections of the European Parliament. I hope that our generation will not have to leave the country in search of a better future. I hope that maybe one day, I can be proud of saying I am from Slovakia. 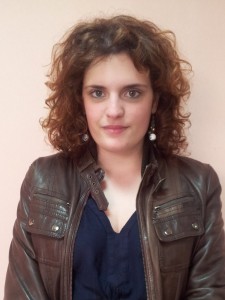 I hope that this year Europeans will finally begin to consider themselves as such. While Ukranians are fighting to become part of Europe, more and more of those already in the Union now wish to withdraw from the Euro currency and the EU as a whole. Politics has failed to find effective solutions to the problems that affect the Eurozone, true, but the EU project is still worth trusting in. We Italians, in particular, should learn that simple questions don’t always have simple answers; in fact, simple answers frequently turn out to be misleading and dangerous. So I hope that in 2014 people embrace the complex reality of Europe, because complexity isn’t necessarily a bad thing. This May we should keep that in mind.

This is a crucial moment for Europe. This is the time when we have to decide how we want to solve the crisis. Whether we want to improve the situation individually or to defeat the crisis together. I hope Europe – meaning the politicians, but especially the citizens of the continent – can come to understand that only together will we be able to create something good for the future. To only take care of our own country would probably be a quicker solution, but, in the long run, every region would be off worse on its own. Having a healthy environment is the best medicine for not getting sick again. This sickness also affects the countries which border Europe. I hope the European Union will understand also that the current migration policy is not working, because it is building walls instead of improving the situation. 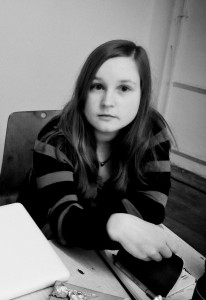 This year I hope Europe will change for the better: I hope citizens, politicians and employers will think about the people as well as about themselves. I hope old conflicts between countries will be solved through discussions which will lead to logical conclusions, taking into consideration all points of view and not only those of the powerful. I hope words such as hunger, helplessness, unemployment and dissatisfaction will die out. I hope that it will no longer be hopeless to live within this land or anywhere else in the world. I’m hoping for a utopia that may be difficult to reach, but I believe it may be possible.
I like the place I live in and that’s why I’m critical of it: as people try to make their houses as comfortable as possible, I want the same for the place where I’m likely to live the rest of my life. Wouldn’t you like the same for this 2014?

For this year, 2014, I want the European Union to realise what people’s priorities are. I want our politicians and other powerful people to be able to sit down and honestly discuss what we need, the importance of human rights, the uselessness of the stock market, the power that they have given to the financial markets and the necessity of changing the foundation of our democracies. Lots of young people do not feel represented by those in power. We need to change this feeling, and people in high places need to understand that their point of view is not the only thing that matters. Ideally, no-one would be considered an immigrant anywhere; we need freedom for individuals as well as freedom for the capitals. It would be great if the European Union realised that being a soft power is not that bad; that we, normal people, do not need to be the best at everything. I want our social state back and I hope that we can all be united for our rights.

All we need is love and I hope that this year everyone can find this. I hope this year can help us forget the previous years’ evils. Unfortunately, we have hard times ahead in some ways. I hope 2014 brings us courage to get through the political mistakes, unemployment issues, natural disasters and desperate atmosphere in many countries. I hope this year will bring an end to racism and prejudice. Europe is our home and it is us who can make it a better place to live. Everybody deserves better. You just need to try to understand that. I hope 2014 will be one of the great years for everybody. Let’s make these wishes real, together! Of course, for myself, I also have wishes. I hope I can graduate. I want to visit all of Europe and maybe this year I will finally begin, with Italy. 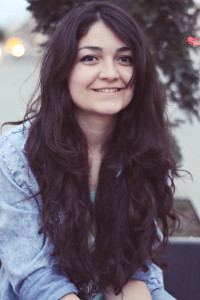 I wish to see people who want to change the world, people who believe that even if one swallow does not make a summer, one small swallow can spur on a thousand other swallows and make the best summer ever. I wish to see people overcome their helplessness and hopelessness, who dare to fight and take risks for what they want, for what they deserve. Europe is not about us, Europe IS us! We only need ourselves to make things happen.
In 2014 I want to see the same unity that I saw in 2013, but growing. The protests against the Roșia Montana project from Romania showed me how Europeans can unite and stand up for a cause and it was beautiful. Thank you for this experience and please, Europeans, continue to do things your way, because you are doing great! Don’t wait for the others- step up and the others will follow. 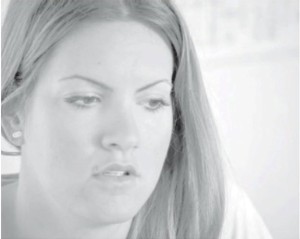 I expect all of us Citizens of the World to look closely at our lives and start the change from the individual. Changing small things might lead us to changing bigger things. I hope we’ll talk more about what we have in common than about what makes us different. I hope we’ll stop talking about crises, and be grateful for what we have. Be happy in the place that we are now and in the life we choose. Every day, month, year. This is the biggest task ahead of all of us.
And from Europe and those ‘above’ , who probably won’t read this, we want better migratory politics! Urgently! We want institutions that work for us, not against us, and equal chances, and no ‘third country citizens’.

Last year was a prolonged year of disappointments for people living in Armenia, but with small social victories which brought hope.
I want 2014 to bring us a more democratic country, a country without violence, a country with mandatory laws, a country with fair elections and a country closer to a Europe with open borders.
But before all these wishes my biggest wish is peace in my country, for the villages on the border and the young soldiers on the frontline. I am also hoping for support for the Syrians and shelter for all the refugees now located in Lebanon.

I hope that Europeans will continue to create their own world of love, letters, and travel, of work and family, of tears, and poems, and laughter. I hope that they will not just give their vote to a local politician with local promises once every five years. It is unbelievable to me how far we have come together. A family member now living in Canada sent me a picture recently. It is a photo of my grandmother’s family in 1959. “Abschied (farewell) from Liebling, Romania” is written on the back with a careful hand. The whole village had gathered in front of the train station to send them off on their way to ‘The West’. Less than sixty years later, I could travel freely to see Liebling, the train station, their old house. And yet, at the beginning of 2014, I am a European living in a world of imagined borders, guarded by the reality of unequal chances, hoping that this world will change for the better. 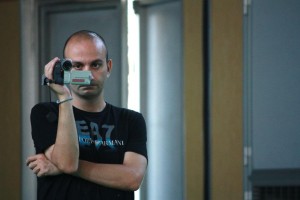